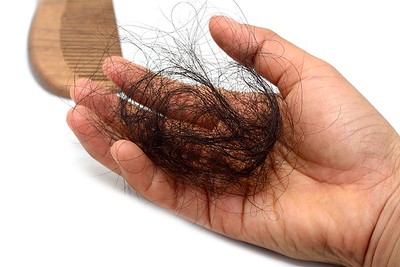 There is a difference, however, between body hair on men and women due to hormonal differences between the genders. Both males and females produce hormones known as androgens, but males typically make more of them. Their increased androgens cause men to grow more hair on other areas of their body, such as their face, chest, and underarms. While androgens also stimulate hair growth in women, it typically occurs at a slower rate than in men.

A person's hairline provides a framework for their face and its defining characteristics, including the nose, chin, and eyes. While hairlines can vary based on a person's height or shape, there are several characteristics that help distinguish hairlines between men and women. For instance:

While hairlines can differ from person to person, males typically have hairlines that start in a lower position than females. Their hairlines begin further back on their skulls. For this reason, men may often appear to have larger foreheads than women. In contrast, women's hairlines often start higher on their skulls, which creates the appearance of a shorter forehead.

There are typically differences between the shape of hairlines for men and women. Males often have an M-shaped hairline, which may be especially noticeable if their hairline begins in a lower position. Females, on the other hand, often have hairlines in the shape of an inverted "U," which creates the appearance of an oval shape. Their higher-placed hairlines can also contribute to the appearance of a smooth, oval hairline.

Unfortunately, both men and women may deal with hair loss at some point in their lifetimes. While hair loss can have many causes, such as stress or illness, it's often the result of aging-related conditions. Despite some similarities, men and women typically experience hair loss in different ways due to hormonal changes. Here are some common differences in hair loss between men and women:

Both men and women can experience hair loss as the result of a genetic condition related to the amount of androgens they produce. This condition, known as androgenic alopecia, can affect the follicles where hair grows, causing a shortened growth cycle. This cycle can delay new hair growth or cause thinner growth, leading to hair loss. For both men and women, this condition often occurs when they become older.

Women can experience different types of hair loss than men if they become pregnant. During pregnancy, women produce more estrogen, which can cause their hair to become thicker. After they give birth, their estrogen levels decline quickly, and postpartum hair loss may occur. Typically, this type of hair loss is only temporary. After a few months, most women begin to experience growth consistent with their levels before pregnancy.

Other Types of Hair Loss in Men and Women

For both men and women, hair loss can be a devastating experience. Regardless of the reason for your hair loss, the team at Koher Medical can help you understand the options you have. With more than a decade of experience in hair restoration, our team has successfully helped many other patients recover from hair loss. Our treatments range from hair transplants to low-level laser hair therapy to prescribed medications. You can schedule a visit with us by filling out an online form. For more information, contact us today and take the first step toward regaining your confidence.

Read testimonials from some of our previous hair treatment patients, and then speak to one of our staff members by calling us at 336-841-5899, or contacting us online for a free consultation.